You’re doing what white girl? They all thought I was crazy. “I’m moving to Colombia,” I said. That was sixteen months ago, and I can’t believe I actually did it. I took a leap of faith and set off on a long term adventure of a lifetime.

I began this blog shortly thereafter but unfortunately had to take it down in August of 2018. I’m now reposting all of my articles starting from the beginning, with new reflections, new edits, and new perspectives on my past ideas. This being my first one, well I’ll begin here… 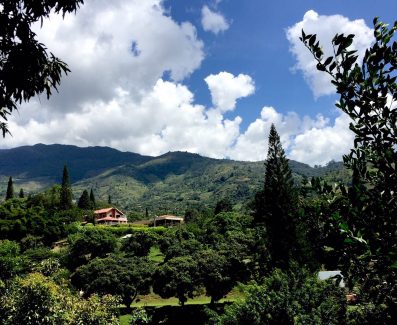 When I think about my move here to Medellin Colombia and the moment of absolute truth when I placed my three bags one by one on the scale at the counter in the Newark airport, I just imagined for a second all other people of this world who have to move their lives involuntarily, the displaced. 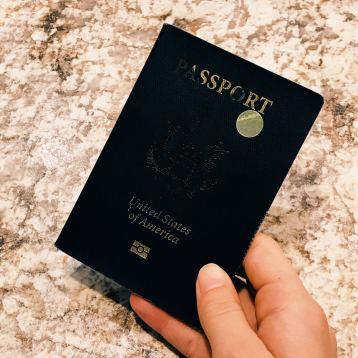 On the contrary, I came here to Colombia out of a mere desire. I had the means, liberty, and confidence to do so, and I am immensely blessed for this. People often ask me if my job brought me here to Medellin. It did not; I made the decision to move here, and then I found a job.

But anyways, getting back to the move… 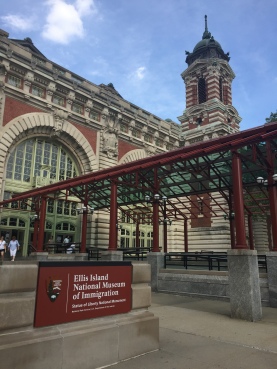 On my last day in New York, I visited the Ellis Island National Museum of Immigration. Of all the museums I have visited all over the world, this was probably the most important and relevant of them all. I encourage everyone who visits New York City to go for obvious reasons in this politically turbulent time in the nation’s history.

The museum takes you on a journey as it tells the stories of millions of immigrants through photos, memorabilia, and artifacts of those who passed through Ellis Island on their way to the United States. It was so fascinating that I actually missed the last ferry to visit Liberty Island where the Statue of Liberty is! 😦

Words could not describe the feeling as I blankly stood there looking at photos of women, children, and big families who came not knowing the language, not knowing where they’d go next, and not knowing what their future would hold. Some had to lie about how much money they had in their pockets. Others had to wait months on the island just to leave. The journey itself was overwhelming not to mention their unseen future.

Looking back, I suppose I visited the museum as a way of relating to the people in who’s memory the museum was made; that I too was moving to a land that is not my own. I wanted to know what these immigrants were feeling even if this move was my decision.

I came to find that that feeling of moving somewhere completely new can be terrifying! Instead of invigorating me, it frightened me. But that’s okay! It is normal and human to react in this way. It’s scary not knowing what’s going to happen or where you’ll end up. Fast forward from 1892 to 2018, the lives we see of travelers and digital nomads on social media makes it all seem like a breeze, fun, exciting, adventurous, and most especially easy.

Let me kick that stereotype right in the throat: living life in a foreign land can be hard, very hard,

especially if staying for months or years at a time. It ain’t all what Instagram chalks up for you. It comes with challenges, something I wanted a taste of, even if I’ll never be able to relate to the kind of immigrants that came to my country.

I respect highly and admire every individual who risked their life and so much more to come to the United States of America. They left behind their beloved country, their friends, family, and everything they knew. They faced challenges that people born in the U.S. never had to face. They faced hardships that the U.S. has never seen – famine, state-based violence, civil war, widespread disease, and persecution. They did whatever it took to survive, and they migrated.

You think that took a bit of courage? You think that took a bit of strength? ….Of course it did. It’s people like these immigrants, the ones who made my country what it is today, who’s realities I wanted to share in, even if the motivations behind the migrations are different. I could never compare myself to any of these courageous people, but by living in a foreign country, I am able to understand a bit more clearly their perspectives, thoughts, and fears. 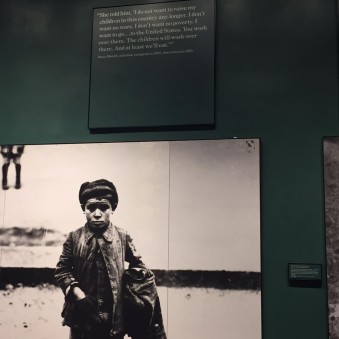 Some still may not understand why I moved to Colombia coming from a country that provides me with everything, and that’s okay. I guess you could say that I no longer wanted to live in total ignorance of this woman’s reality and every other human being who walked in her same footsteps.